Jake Clayton has just released his 3rd song from his new batch of music. 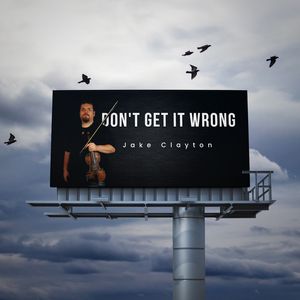 "Don't Get It Wrong" is an autobiographical take on Jake's experience in Nashville as an artist.

"All I've ever done and all I've ever wanted to do is play Country Music, and I've been fortunate enough to do that for most all of my life. I've done some amazing things and played with some incredible people. But when it comes to making my own Country Music, it appears that I don't fit "in the box" and I've heard it all... I don't have "the look", I don't write for radio, I'm too different for Nashville, I'm too Nashville to be an outlaw, I'm too Country for Rock, I'm too Rock for Country, I'm too modern to be real Country, but I'm too Country to be modern, I'm too good to open for this person, but not good enough to open for that person. It's never-ending. Who knew what I do and the music I make would be so incredibly confusing to other people? So, I wrote this song about me. It's about what I do, who I am, and what I think. If doin my own thing means I don't fit in with the majority, then I'll take center stage at the misfit party." -Jake

Jake has also released a music video for the song:

Click this link to listen on your favorite site:

STREAM "Don't Get It Wrong"