An article about Jake and his work with Donny Osmond was featured in one of Nashville's premier magazines for music, the Nashville Music Guide! Here's an excerpt:

“His producer sent me the tracks,” Clayton continued, “and had kind of laid out what they wanted for the majority of the song, like a guide. I went through what he had done on keyboards and then played the parts on cellos, violas and violins. Then there’s like a breakdown section about three-quarters of the way through the song where it was left open for me to do what I wanted, so that section is me putting in whatever I wanted to do.” -Jake 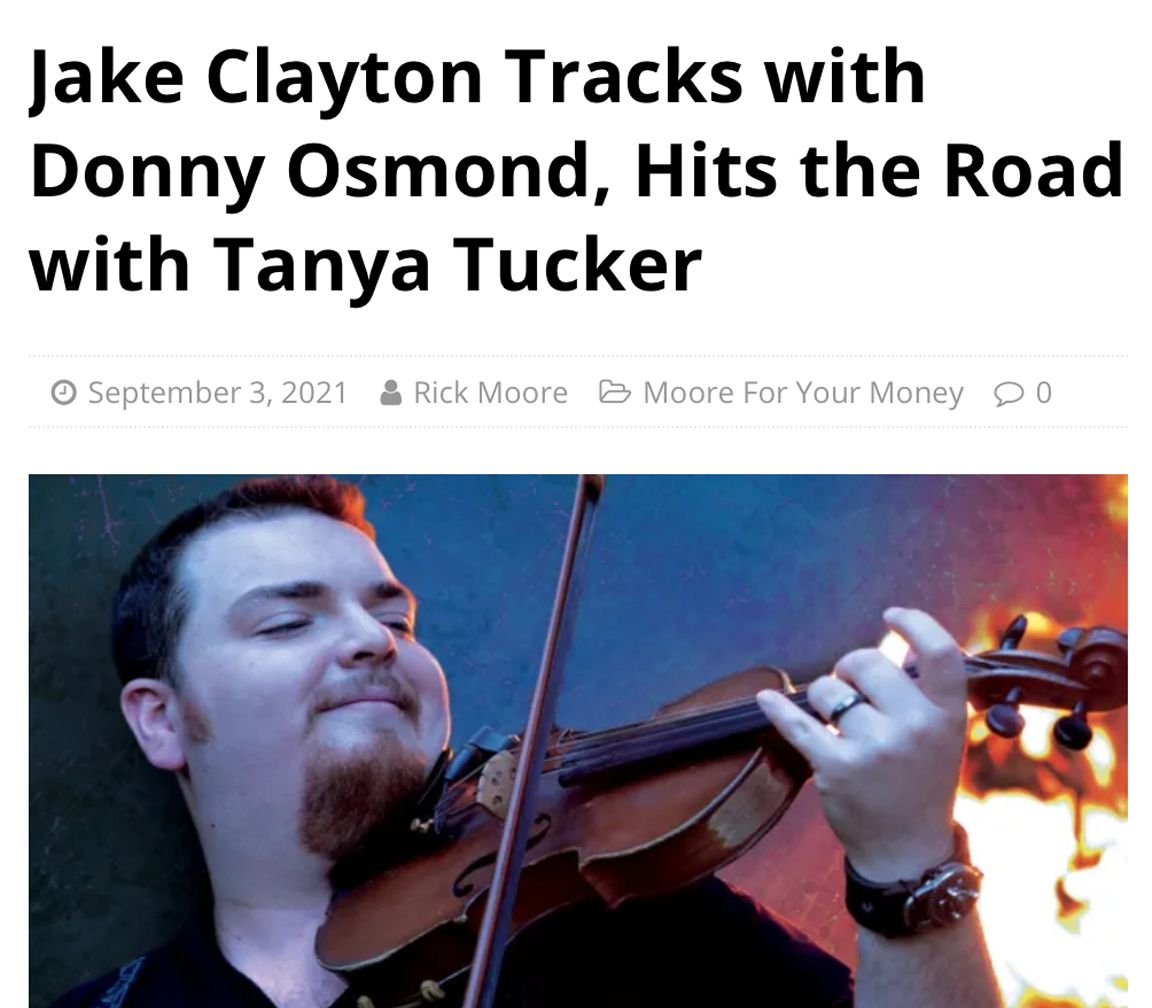 Read the article at this link:
JAKE CLAYTON FEATURE